Cover Your Indian Politics In No Time! 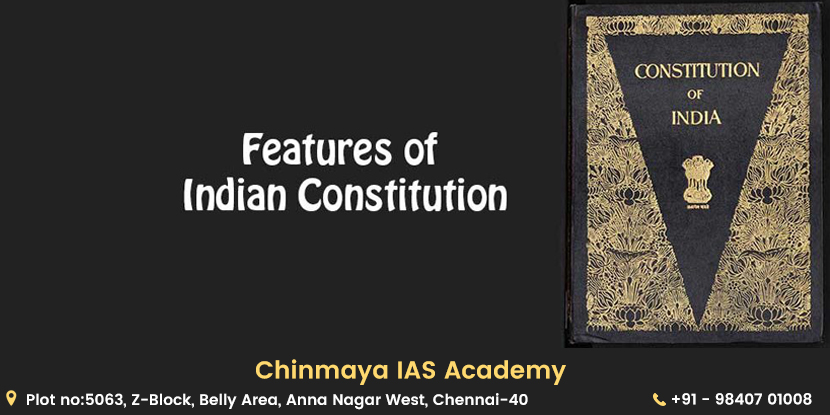 Key Elements Of The Constitution – IAS Institute In Chennai

Our Constitution is said to be one of the most unique constitutions to be ever written in the political history of the world. It has salient features which are very distinctive in nature. Our Politics lecturer from Top IAS Coaching In Chennai has made a detailed note on the key features as listed below. 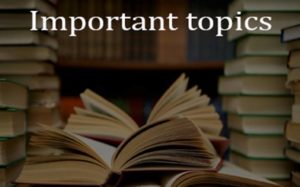 There are some other features that are explained in detail by our professors while taking classes in our IAS Institute in Chennai like the characteristics of the Indian Judicial System as detailed below.

Appointing Supreme Court judges and High Court judges, Using impeachment method for eliminating judges, restriction on their practicing after retirement, etc. are some features that make the Judicial System of India independent as well.

Study Methodically For IAS At Top IAS Coaching In Chennai

The directive principles of state policy which aims at making our nation a progressive state, the equilibrium of rigidity and flexibility in the constitution, etc, are some other features of our constitution. Fundamental Rights, Fundamental Duties, Emergency Provisions, Universal Adult Franchise, etc. are also elaborated by our teachers while coaching IAS aspirants.

It is always best to join an IAS academy to study methodically and with positive competitiveness. The teachers in our institute guide you and help you build your knowledge in various aspects of Indian history, politics as well as other important subjects of IAS so that you are fully prepared for your exam. We offer you comprehensive training that not only helps you build your career but your personality as well!

Common Mistakes Committed by Every UPSC CSE Aspirants
The applicants make many mistakes in the UPSC exams which results in scoring fewer marks in the exams. Though the preparation can be stressing and taxing mentally, preparing beforehand and strictly following the strategy would make one reach for success. There are many students even after preparing really hard, ends up failing in the exam. So, a flexible and well-designed plan is the only key to achieve success in the most difficult exams. The target work will help in improving your performance and will give you a boost of head start in the prelims exams. Scholars from popular magazine have collected such mistakes committed by candidates to enable IAS aspirants to avoid such mistakes in future.