Shri. Rudhra Gangadharan, after his MA History, he joined the Indian Administrative Service from July 1975, retiring as Secretary to the Government of India in the Ministry of Agriculture. He held senior positions in both Government of India and Government of Kerala. These include Secretary in the Department of Animal Husbandry, Dairying and Fisheries, Director of the Lal Bahadur Shastri National Academy of Administration in Mussorie and Joint Secretary in the Ministry of Human Resource Development, all in the Central Government. He was also the Principal Secretary (Forest and Wildlife), Secretary (Rural Development) and District Collector of Thrisshur. He served as Member (Administrative) in the Central Administrative Tribunal, Bangalore Bench, Bangalore, from October 2013 to June 2017. His areas of specialization include Human resource development (including both education and training), agriculture and animal husbandry, rural development, and adjudication in service matters. He has been engaged by the International Fund for Agricultural Development (IFAD) in Rome, the National Dairy Development Board in Anand, and the Union Ministry of Food Processing in New Delhi as a consultant. He has participated in international negotiations at various forums including the World Intellectual Property Organization (Geneva), the Food and Agricultural Organization of the United Nations (Rome) and IFAD (Rome). He has also participated in bilateral negotiations with several nations.

Shri Aludiapillai belongs to 1969 batch. He is the former Vice Chancellor of Madurai Kamaraj University. He held the post of Secretary to Government of Tamilnadu. Shri Aludiapillai was the Advisor to various UPSCs, New Delhi. He was associated with the State Council for Higher Education, Tamilnadu for over 25 years.

Dr A.Kalanidhi, MSC, BE, Ph.d, DSC, FICC Vice Chairman, Commonwealth Science and Technology Academy for Research is an outstanding Academician & Administrator and rendered yeoman service in the field of Technical Education, and Renewable Resources of Energy, in particular IT and IT enabled services. Professor Adinarayana Kalanidhi took his Bachelor’s degree in Mechanical Engineering, Master’s Degree in Heat Power Engineering, and a Doctorate in Heat Transfer from the University of Madras. He has done his postdoctoral research at Southampton University, United Kingdom. He played a key role as the Director of Continuing Education Programme of AICTE-CEP (a Government of India Project) at Bangalore. He developed the credit system of the short-term courses being offered for the working professional in the year 1995, which the Planning Commission also recognized and incorporated in its IT task force recommendations.

After B.Sc. (Honours) degree, Shri Vittal joined the I.A.S. in 1960. He was posted to Gujarat Cadre and has made great contribution in various fields of governance. He was chiefly instrumental in the fast-paced industrial development of Gujarat through innovative schemes like single window clearance for proposals, which was later adopted by other states in India. As Managing Director of GNFC, he facilitated the fertilizer output to unprecedented levels and thus ensured the advancement of a core sector. Then he joined the Govt. of India as Addl. Secretary in the Dept. of Atomic Energy, with his scientific acumen, which he employed for ensuring fast development of Atomic energy centres and power plants. Later, as Secretary, Dept. of Electronics, he was the harbinger for IT Revolution in India and facilitated the spread of computers in several areas. A grateful Computer Society of India honoured him with the Fellowship of CSI award. As Chairman of PESB, he ensured perfect matching of post with right person in public sector vigilance Commissioner. Final feather in his cap was his posting as Central Vigilance commissioner, where he sought to ensure probity in Govt. sector. An eloquent speaker and prolific writer, he has authored more than twenty books. He was honoured with Padma Bhushan Award.

Shri. N.Gopalaswami, after a remarkable academic career of M.Sc. (Gold Medallist), joined the I.A.S. in 1966 in Gujarat Cadre. After making sterling contribution in various postings in Gujarat, his enlightened steering of Gujarat Communication and Electronic Corporation saw the institution rising to great heights. During his tenure in Govt. of India, he held several important portfolios like in Dept. of Electronics and made an indelible mark in all. After his contribution in governance as Adviser in Planning Commission and Secretary General of National Human Rights Commission, he had a successful tenure of five years in the challenging post of Home secretary, Govt. of India. After becoming an Election Commissioner in 2004, he was the Chief Election Commissioner of India till 2009.A person with versatile interest and profound knowledge in several areas, his recommendation as the head of Committee on Sanskrit in India are widely admired. Deeply interested in Culture, arts and religion, he is the Chairman of Kalakshetra. He was honoured with Padma Bhushan Award by the Government.

Dr.Mathesvaran is a renowned expert in Strategy Aero space technology.He has 39 years of experience as an officer of Indian Airforce.He also attended the John Kennedy school of Governance,Harvard University.He made yeoman contribution in the vital post of Deputy Chief of Integrated Defence Staff.He has extensive experience in Operations, Aerospace Technology, Aerospace Development and Flight Testing, Defence Research and Strategy, Project Management experience in important projects such as the LCA and Kaveri. This vast experience has enabled him to make an impact on various Policies through many of his studies for the Air Force and MOD.He is an Executive member of IDSA and a renowned strategic analyst in national and international levels.After retirement, he was the President of Aerospace business of Reliance.He has contributed several research paper on aerospace technology and security

Shri.C.R.Ravichandran, after B.Com. and B.L. was a practicing Lawyer a while and joined I.R.S. in 1971.He held several important posts in his illustrious career spanning 36 years, such as Deputy Commissioner and Commissioner of Income Tax, Departmental Representative in Income Tax appellate Tribunal, -Settlement Commissioner, In charge of Vigilance, OSD in CBDT for redrafting Tax laws etc. He was posted in many important places and finally as Chief Commissioner of Income Tax for Tamilnadu and Pondicherry till 2007. He is a person with versatile knowledge in many fields

Dr.Kalyanaraman has a Ph.D. from, the renowned Asian Institute of Management. He is the former Executive Director of Asian Development Bank, a UNO ’s Institution and was in charge of several billion dollars’ disbursement to several countries in the region. He is a renowned Indologist, who has devoted his life to resurrection of India’s hoary glory of the past and decipherment of the Indus script. His creative works like Comparative Dictionary of Ancient Languages of India, 14 volumes on Vedic Sarasvati Civilization, Public Administration in Asia etc. He is the recipient of several prestigious awards.

Shri. Santhanam belongs to 1972 batch of I.A.S. Tamilnadu cadre. He holds Post Graduate degrees in Chemistry and Public Administration, M.B.A. from University of Hull in UK. He held several important posts in the government at various times like Collector of Ramnad dist., Secretary to the Departments of Finance, Transport, Planning and Development, Commercial Taxes, Secretary to Governor etc. As Vice Chairman of CMDA, he was instrumental in designing the second master plan for Chennai city and ensured infrastructural development. His outstanding contribution as Commissioner, Relief Operations during draught in 2003-04, floods in 2005 and unprecedented Tsunami in 2004 got him wide appreciation in national and international media. He was the member of Central Administrative Tribunal for five years.

Shri. K. S. Shripathi, former Chief Secretary to Tamil Nadu, had a brilliant academic career with a Post Graduate in Science & Business Administration. He joined IAS in 1975 in TN Cadre. He had held several vital and critical posts both in Tamil Nadu Government & Central Government. At the centre, he played a sterling role as the author of National Housing Policy & National Urban Transport Policy, besides making contribution in many important areas in Tamil Nadu Government. He held high profile posts, leaving his indelible mark wherever he was posted. Like Chairman of TAMIN, vigilance Commissioner, Chief Information Commissioner, ending his illustrious career as the Chief Secretary of Tamil Nadu. Monumental building and centres like Anna Library, etc. bear testimonies to his capabilities. In the International arena, he played a significant role as India’s representative and as chairman of ESCAT sessions. He has been an avid traveller travelling both to northern and southern inhabited places in the world. He is deeply committed to social welfare and services. Presently, he is the chairman of Guild of Service, an umbrella organization of 22 service institutions.

Dr.Raghavan belongs to 1973 batch of Indian Police Service,Tamil Nadu Cadre.He retired in 2001 from the post of Director of Central Bureau of Investigation,the vital arm of governance to ensure probity in public service.In his illustrious career spanning over 38 years,he investigated such high profile cases like South Africa cricket match fixing scandals etc. He also headed the Special Investigation team to enquire into vital cases.His competent handling of the investigations earned encomiums from the Supreme Court. He functioned as the Director General of Vigilance in Tamil Nadu and was instrumental in ensuring probity in public service. He headed Interpol in India, and set up India’s first cyber crime investigation cell.dr. Raghavan is recipient of Indian Police Medal for Meritorious Service and the President’s Police Medal for Distinguished Service.After retirement, Dr.Raghavan functioned as the Corporate Security adviser to major organizations like TCS.
His academic achievements are equally impressive. He is a post graduate in Politics and Public Administration, M.S. in Criminal Justice from Temple University of Philadelphia and Ph.D. in Political Science. He has authored books like Indian Police: Planning, Personnel and Perspectives and Policing a Democracy.His informative and lucid articles in newspaper and journals are very popular.

Dr.C.K.Gariyali belongs to 1972 batch of I.A.S.With P.G. degree in Social work,she later studied ,in-service, at Sussex University and Queen Elizabeth House, Oxford. During her illustrious service, she held important posts like Collector of Chennai and South Arcot Dist.,Secretary, Social welfare, Principal secretary to Governor, Director of Science city Project etc.Secretary to Chief Minister. Hailing from Kashmir, she is an eminent scholar and has authored popular books like ‘My Beautiful journey from Kashmir to Kanyakumari’, ’Amma model of Development in Tamilnadu’ etc. 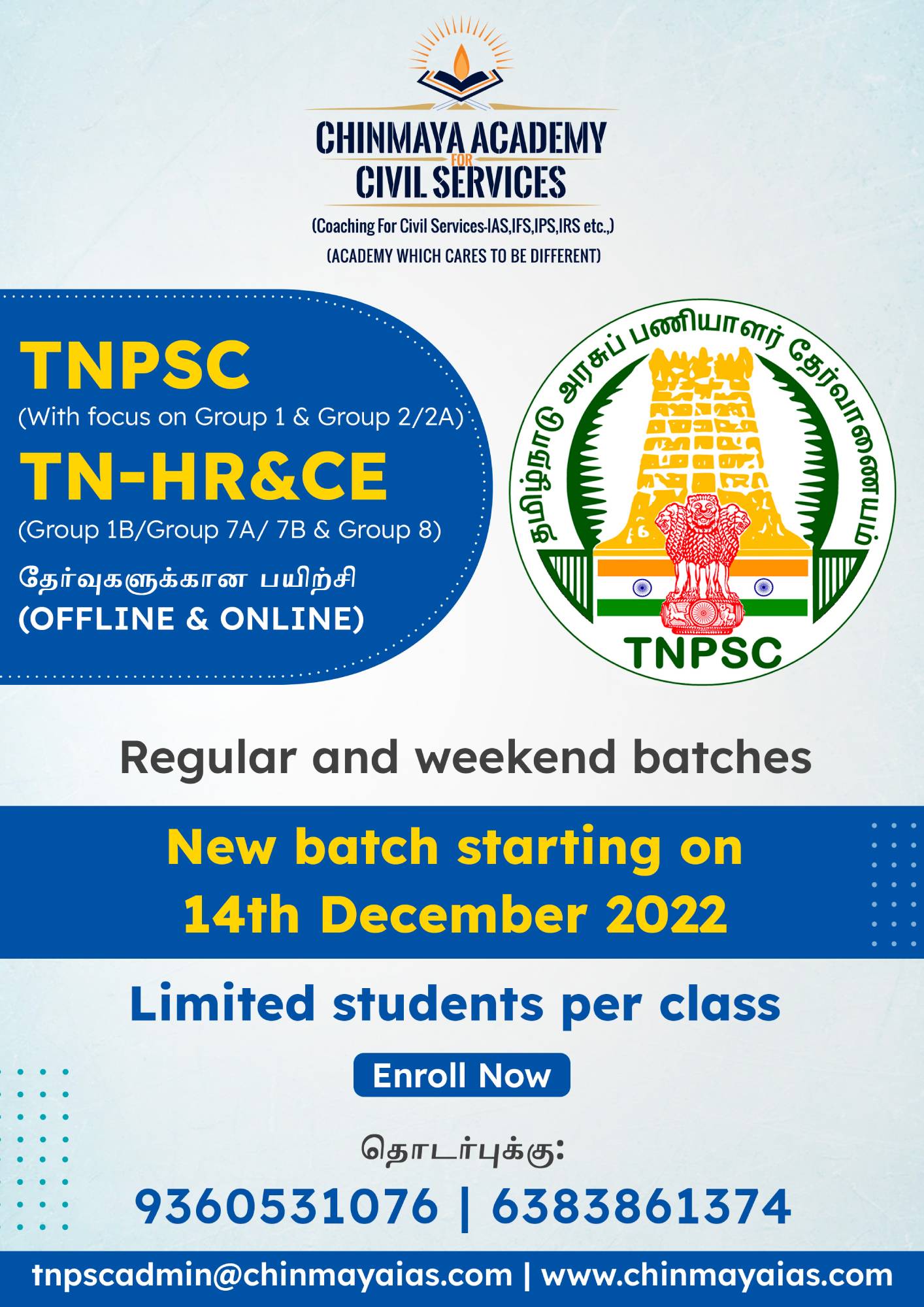